As I am saying goodbye, I’d like to take you back to the beginning – a sunny Saturday in October 2014. I was walking down a quiet residential street framed by beautiful old federation villas, as I saw people waiting on the sidewalk for an open home inspection. I was not in a hurry anywhere, so I decided to join to have a look inside. I love houses, especially old, soulful ones. I love getting a glimpse of who they are and might have been, feel their history for a brief moment. I was not looking to buy a new home, I didn’t even know if I wanted to stay in Australia! I had sold my previous apartment and packed up my life ten months earlier to make the decision to go back to Europe as easy as possible. Since then, me and my two suitcases had stayed with various friends in different parts of Sydney when I wasn’t travelling for work. I guess I believed that with no roots in the ground, the answer would come to me. It hadn’t. Instead my autoimmune condition had gotten worse and I’d become chronically fatigued, to the point of finally, after years of stubborn resistance, surrendering and taking time off work to heal. After sleeping for six weeks I eventually had enough energy to go for short walks. Which brought me to this street, on this day, standing amongst a small crowd of people wondering if I should maybe just continue my stroll. The house seemed a bit dark and worn down, and probably wasn’t that interesting to explore. But the real estate agent came, interrupting my contemplating thoughts, and so I followed him through a narrow pathway to the back of the house together with a dozen other people.

It was a stabbing feeling. As if something hit me hard in the chest. The second I entered the living room, I KNEW! The situation felt overwhelming, the idea crazy, the experience irrational, but still – I felt CHOSEN! I went home, checked my excel sheets backwards and forwards and backwards again. Talked to my brother. I let my mind join my heart. Nothing changed. I knew it was not rational, but love rarely is. And a few days later, I had a new home.

I called him Edgar. He was a gentleman of early last century. Once upon a time probably the beautiful, large home of an upper-class family, now split into four smaller apartments.

Those first months he revealed himself to me in all his vulnerability; slightly incontinent with water damaged walls, mouldy kitchen cupboards and the plaster falling off the walls. I could feel his embarrassment as the cover-up faded. My plan was to rest – not renovate! – but I soon realised I had to do it properly. I had to heal us both.

Edgar became my safe haven, a quiet oasis where I could hide from the world. And so I did. I renovated him by myself. It took me almost a year. Healing and resting, healing and resting. An intimate relationship developed – there is hardly a part of him I have not touched, there is no part of me he has not seen. Bit by bit I brought him back to the glory he deserved, spending endless nights filling his cracks and gaps, and in doing so, healing my own.

Part of me is proud of the achievement – the strength and persistence in me that slowly, slowly brought a dream to life. But it didn’t come without pain. In his safe rooms, I finally allowed myself to feel so lonely, so tired, so powerless, so afraid. Bit by bit I broke open, letting old and new pain bleed out of me. Bit by bit he put me back together again. Renovated ME!

I’m letting go now. He is healthy and good looking. I am happy and vital. I know we are both ready to move on.

Edgar – one of my love stories. One that has changed me forever. A challenging one. An honest one. Sometimes an almost co-dependent one. I feel every feeling when I think of our time together, but as I forgive us both for all the hard times, gratefulness is the feeling that remains. I gave him love, he gave me safety. A safe place to break open and heal.

Yes, that’s what he gave me. The old gentleman on a hill by the water. 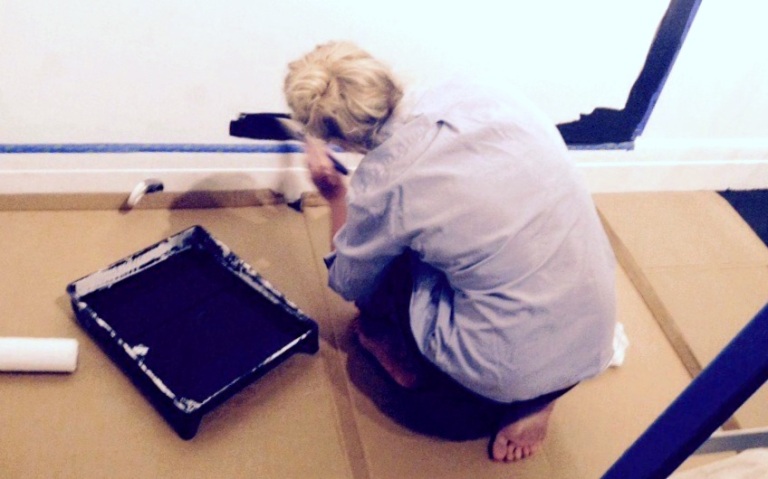 3 Replies to “The End of a Love Story”

What do you feel? Cancel reply